The Board oversees the work of the President and is responsible for ensuring that the organisation, management and guidelines for managing the Company's funds are appropriate. The Board of Directors is also responsible for ensuring that the Company is organised in such a way that its internal control is appropriate and effective. The Board of Directors is also responsible for developing and following up the Company's strategies through planning, establishing targets and taking decisions on the acquisition and disposal of operations, major investments, appointments and compensation to the management team as well as day-to-day follow-ups during the year. The Board approves the budget and annual accounts.

Composition of the Board
According to the Articles of Association, the Board of  Directors  of  Rottneros shall comprise a minimum of three and a maximum of ten members elected by the AGM. In addition, the employees elect two representatives with two deputies. The Board of Rottneros comprises five members without deputies elected at the AGM, and two members and two deputies appointed by the employees. The CEO is not a member of the Board but is called in to all Board meetings, except when the agenda includes an evaluation of the work of the Board and the CEO. Other officials of the company are also called in when necessary to present matters.

A statutory Board meeting is held immediately after the AGM or immediately after extraordinary general meetings where a new Board has been elected. In addition to the statutory meeting, the Board convenes five scheduled meetings each year and additional meetings when the Chairman sees fit or within 14 days following a request for a meeting from a member of the Board or the CEO. 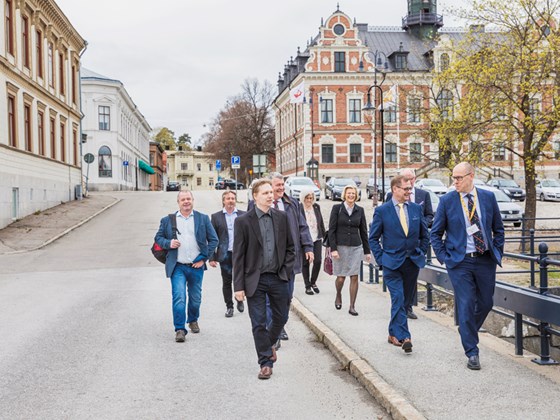 Read more about the Board's work